Banner and Decal Graphics for League of Legends 2022 World Championship

Esports is a booming industry with a massive global fanbase. Earlier this fall, we helped produce a range of print graphics for Riot Games' League of Legends Worlds 2022 Tournament, the world’s most popular esport. Hosted in San Francisco, the final event captured the attention of millions of viewers from all around the world.

Over the years, Worlds has been brought to some of the most famous stadiums and arenas around the globe. From Beijing's Bird Nest to New York’s Madison Square Garden, this year marks the first time the event has returned to North America since 2016.

Here's a closer look at the final activation. 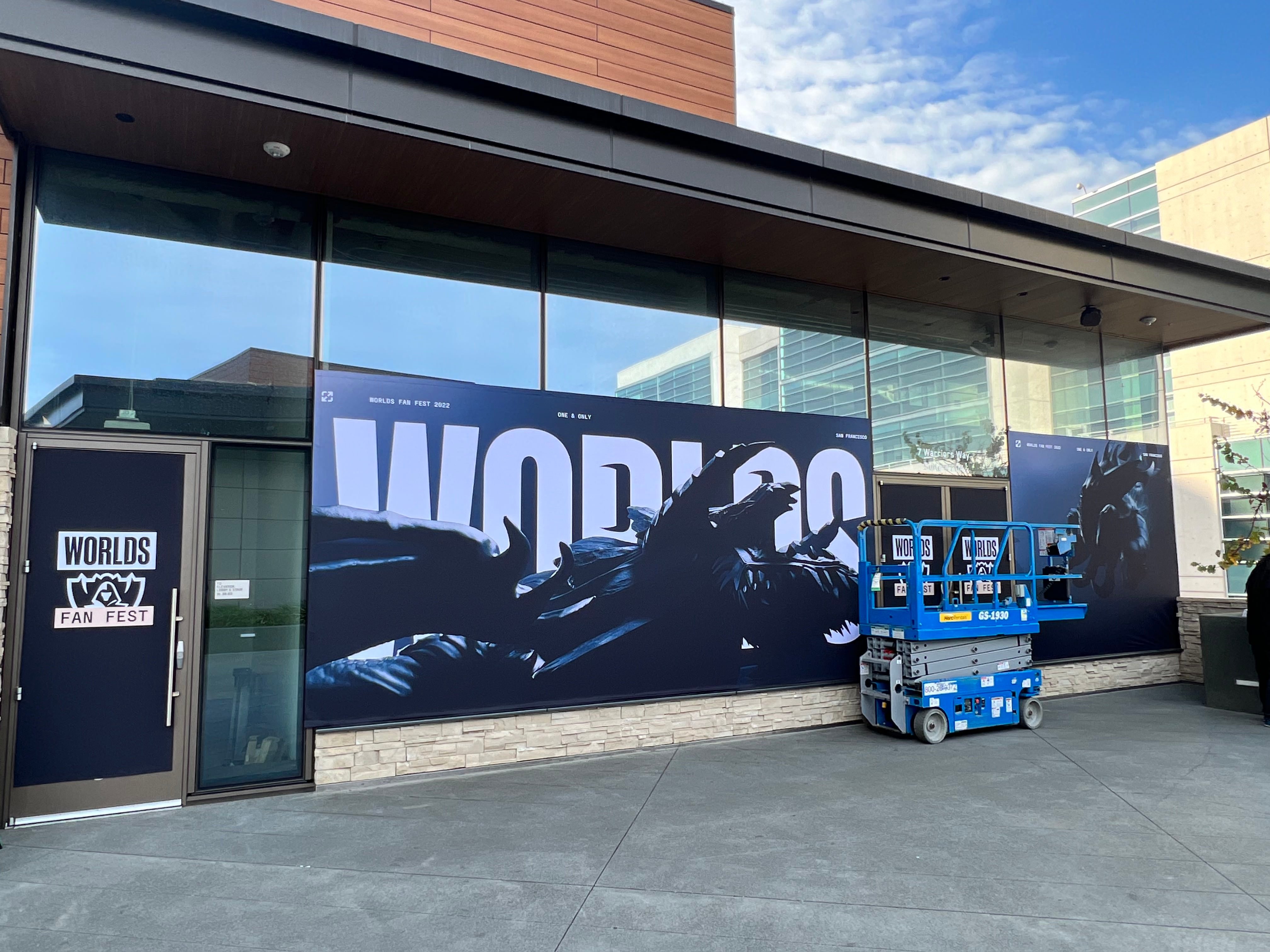 Riot Games is the publisher and developer behind the world's most popular multiplayer online battle arena game: League of Legends. Since its launch in 2009, it has become one of the biggest eSport franchises with an ever-growing community of passionate players. 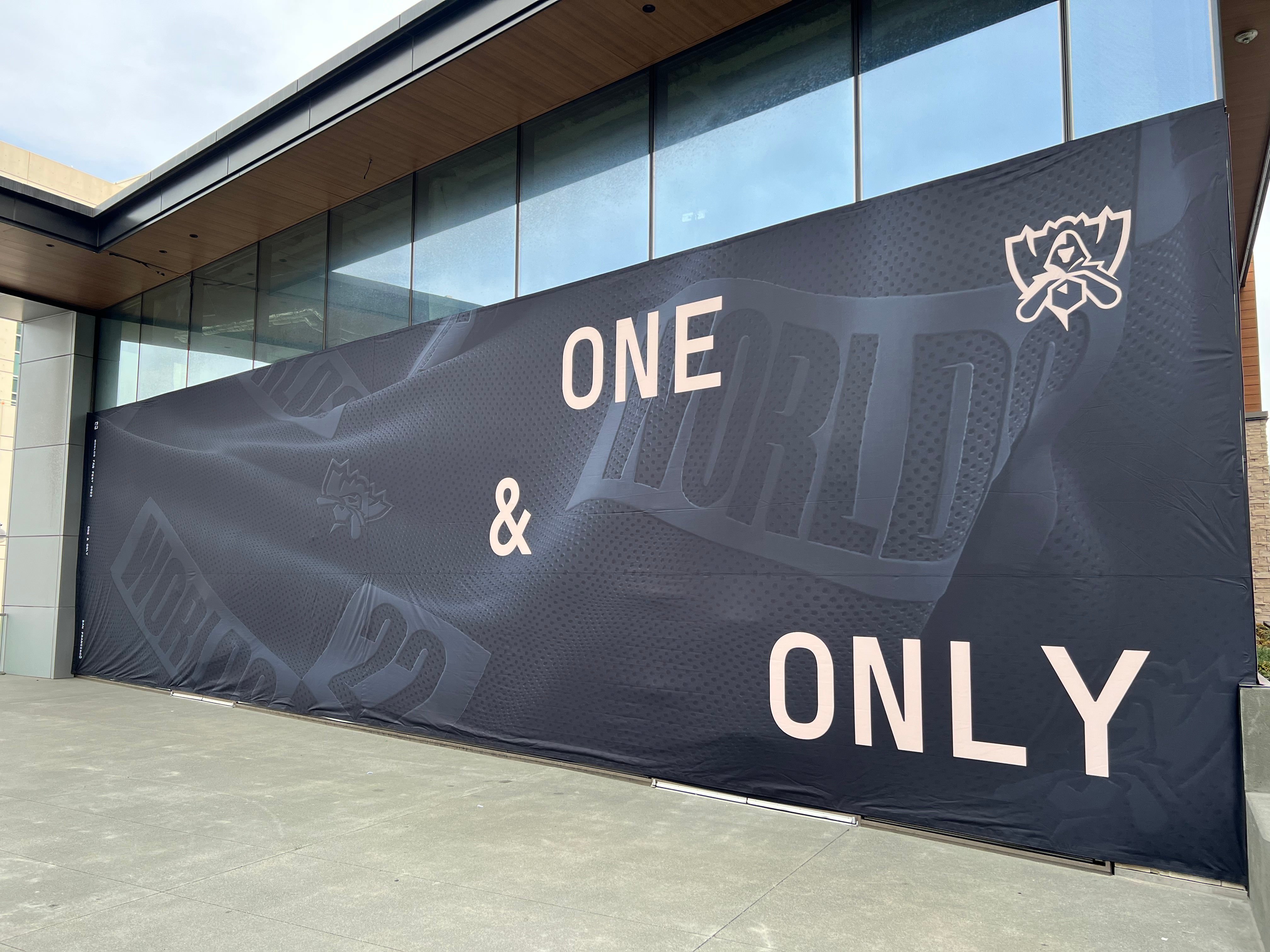 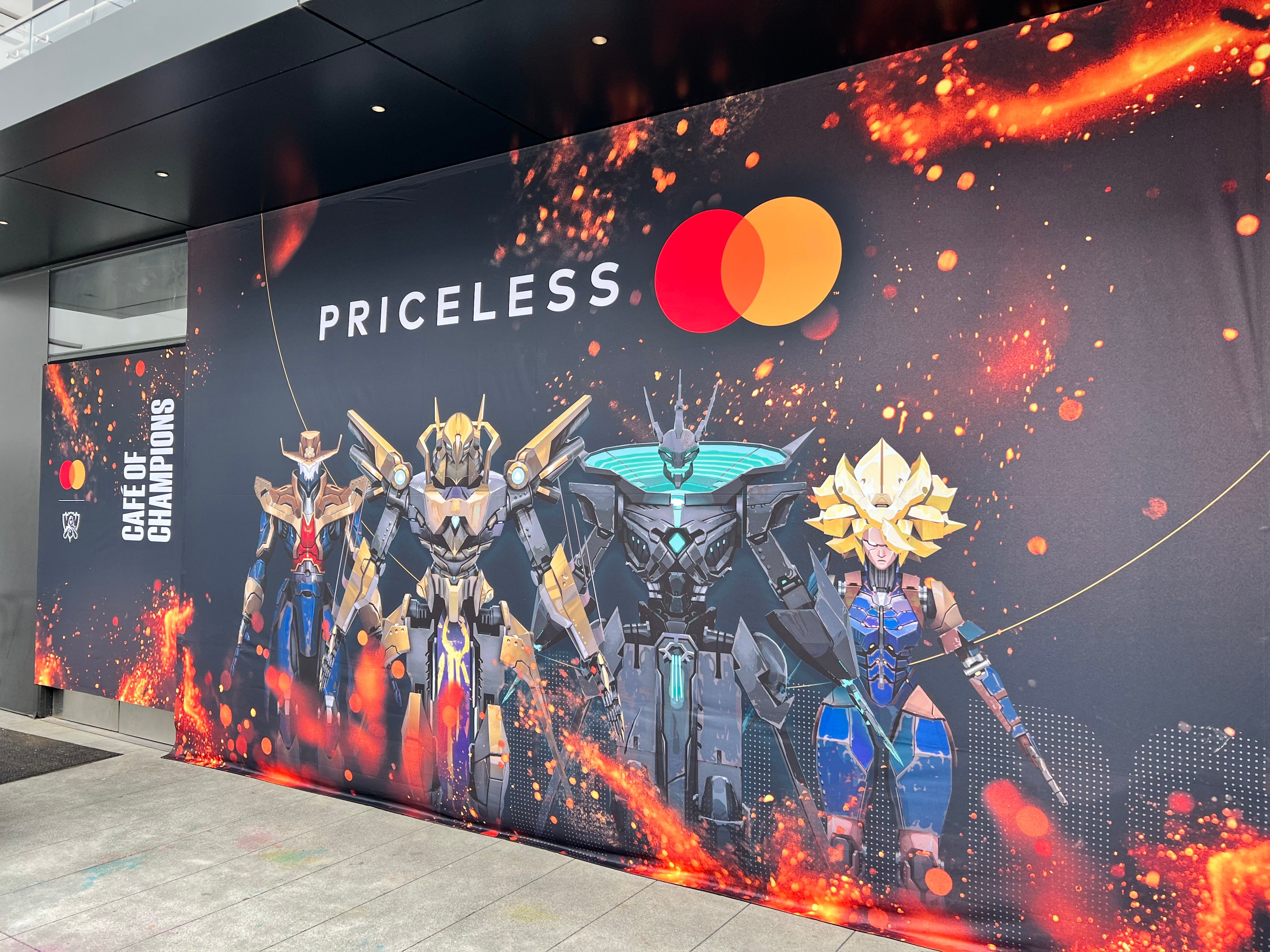 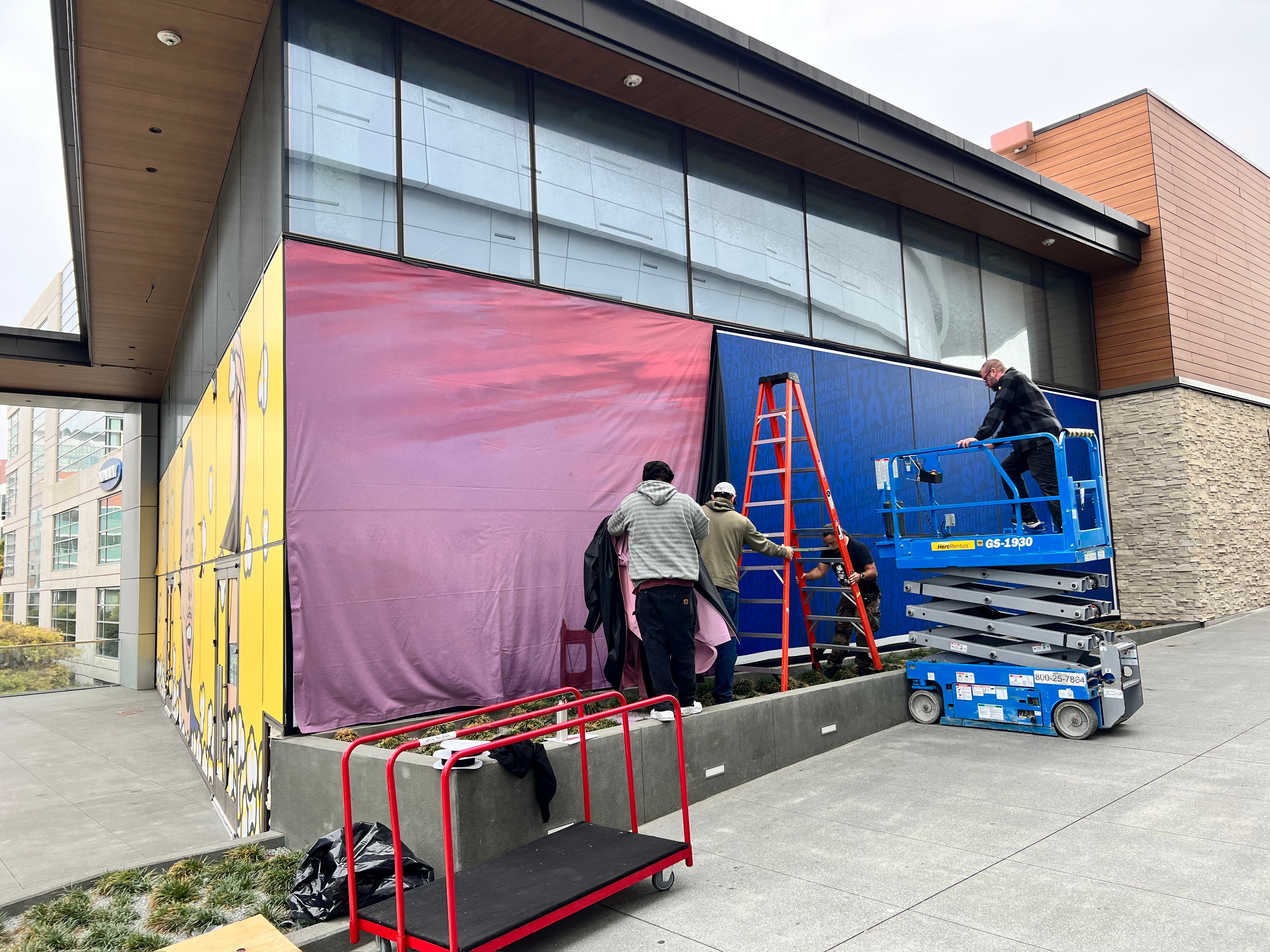 About our Print Installation for 2022 Worlds

As fans and event-goers made their way into the venue, they were greeted by a variety of promotional graphics that celebrated the tournament and Riot Games culture. We activated several window decals that were installed around the perimeter as well as inside the stadium, even transforming cafe storefronts to match the look and feel of the event. These designs were UV-printed on removable decals and included a matte finish to help reduce glare.

Our installation also included a custom-fabricated banner graphic that was printed using direct dye sublimation and secured with velcro. This banner spanned 156" by 43" tall.

Additionally, we provided various wayfinding and directional signage that was UV-printed on Styrene and placed throughout the venue to help guests easily navigate the event. 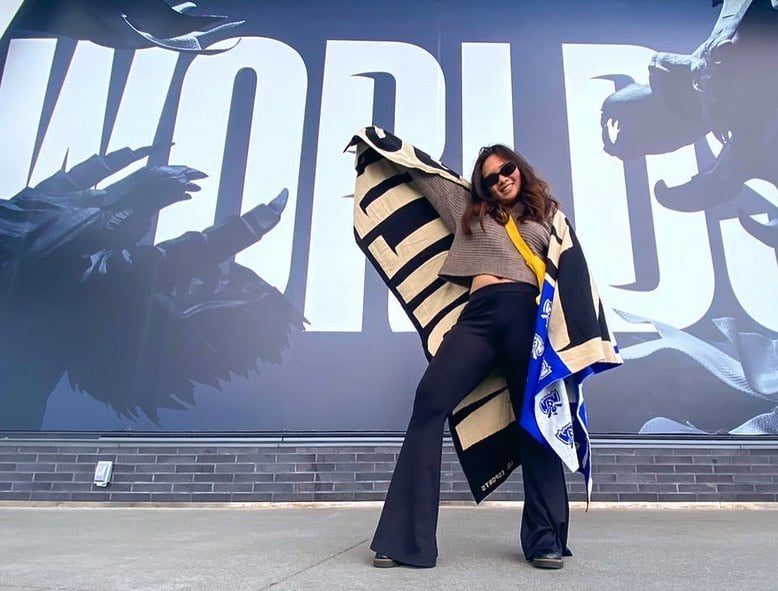 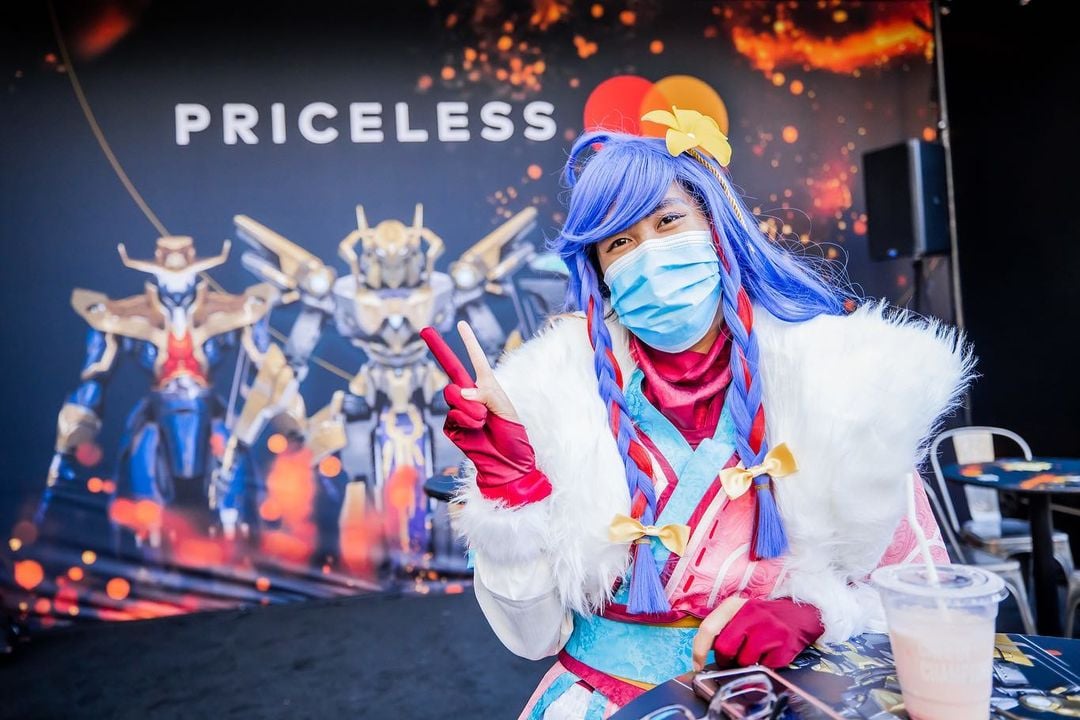 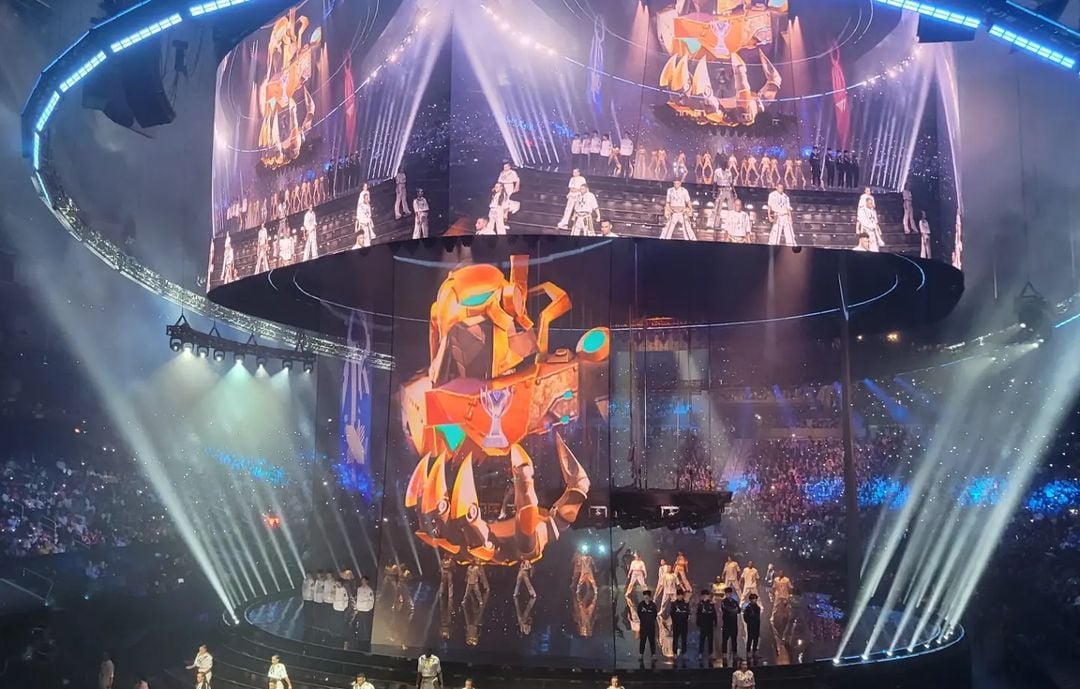 A Trusted Partner in Esport Activations

A3 Visual has been a trusted partner in the printing needs of the esports industry for years. We've had the privilege of working with some of the biggest names in the business, and we're proud to have helped produce some of the most iconic graphics and installations in esports history.

Our team is passionate about helping our clients create unforgettable experiences, and we'll continue to be at the forefront of this rapidly-growing industry.

Looking for help with your next esport activation? Request a free quote today. 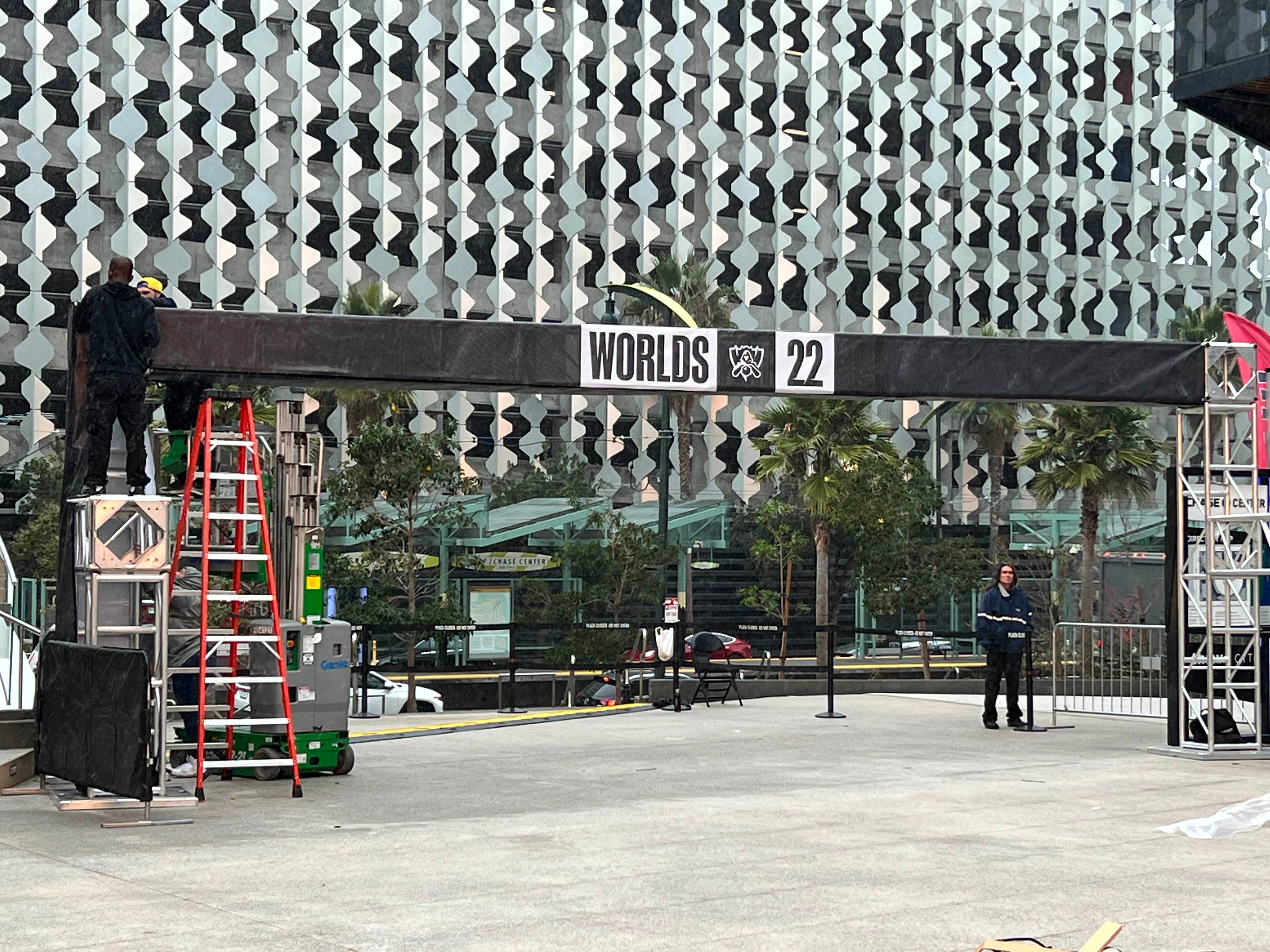 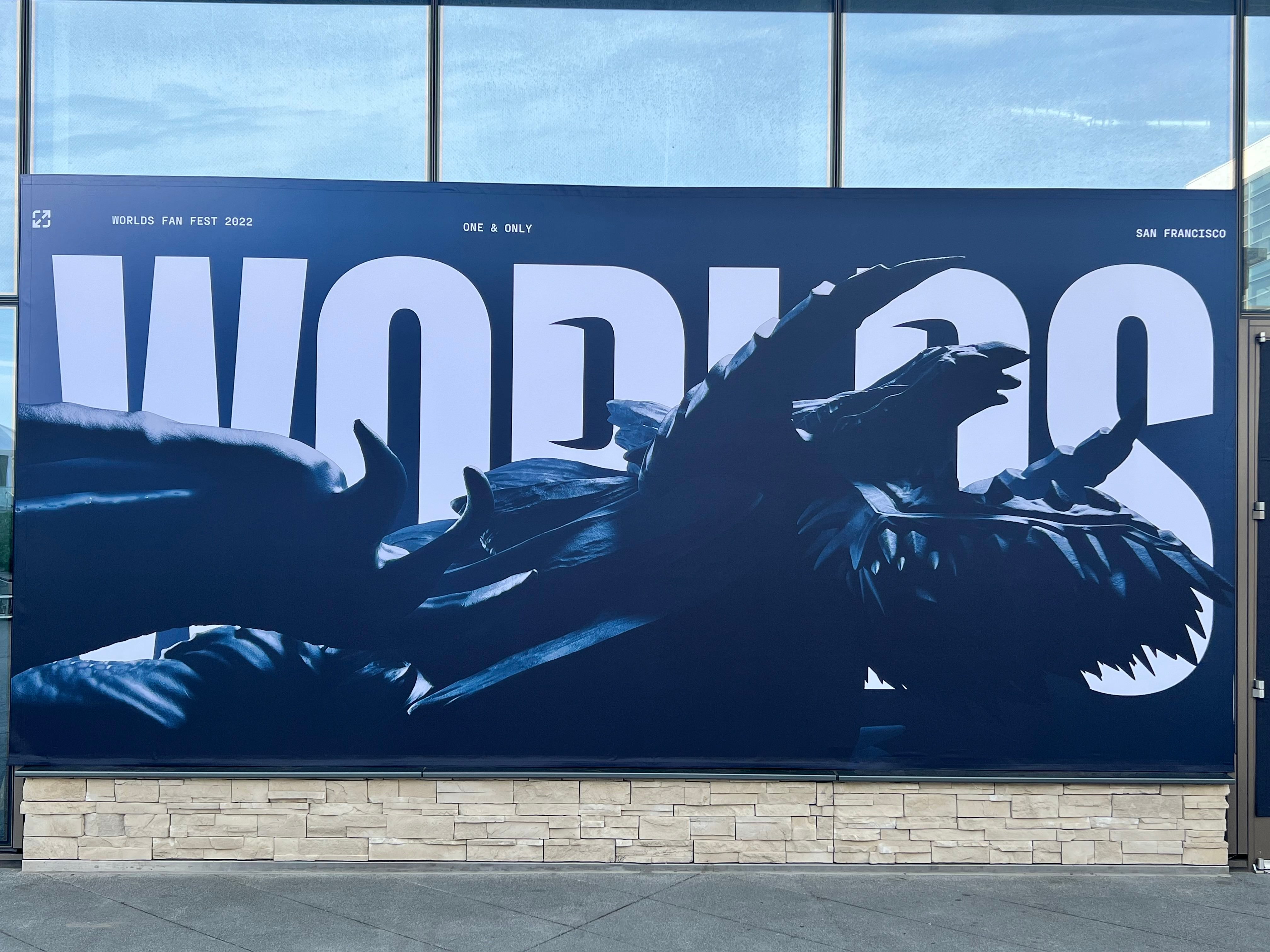 In the six years since its founding, the Pegasus World Cup has quickly established itself as one of Florida’s most popular ...
Start Reading
A3 Visual October 15, 2021 3 min read

The World Surf League's US Open and Rip Curl Finals are two of the most prestigious events on the international surfing ...
Start Reading
A3 Visual September 22, 2022 2 min read

Earlier this summer, our Miami-based team activated a large-scale installation for the 2022 Abu Dhabi Jiu-Jitsu Pro Tour. The ...
Start Reading