A3 Visual Produces Print Materials for the 2022 NHL Winter Classic

The NHL Winter Classic has been a New Year's Day tradition since 2008. Each year, fans come together from all over the country to celebrate and support two of the best teams in the league, with this year's match-up between the St. Louis Blues and the Minnesota Wild.

The outdoor hockey tournament was played at Target Field in Minneapolis, Minnesota with temperatures clocking in at under -11.0 degrees Fahrenheit—making it the coldest game in NHL history.

But over 38,000 hardy fans came together to celebrate the tradition and ring in the New Year. Working with our partners at Infinite Scale, A3 Visual produced and installed a variety of print materials for this event, including sponsorship decals, rink graphics, promotional signage, and more.

ABOUT THE 2022 NHL WINTER CLASSIC

The NHL Winter Classic is a popular annual event that features the National Hockey League’s best ice hockey players and teams. Per tradition, the game is played outdoors in a stadium or other open-air venue, such as Wrigley Field in Chicago, Michigan Stadium in Ann Arbor, or Gillette Stadium in Foxborough. The first game was held on January 1, 2008 at Ralph Wilson Stadium near Cleveland. In the nearly fifteen years since, the Winter Classic has become a highly-anticipated event for not just NHL fans but all kinds of winter sports-enthusiasts.

“NHL outdoor games are meant to honor hockey's roots,” says the NHL’s 2022 Winter Classic recap, “and going back to the beginning, the whole point of hockey is to make the best of the winter, to turn something frozen into something fun.” 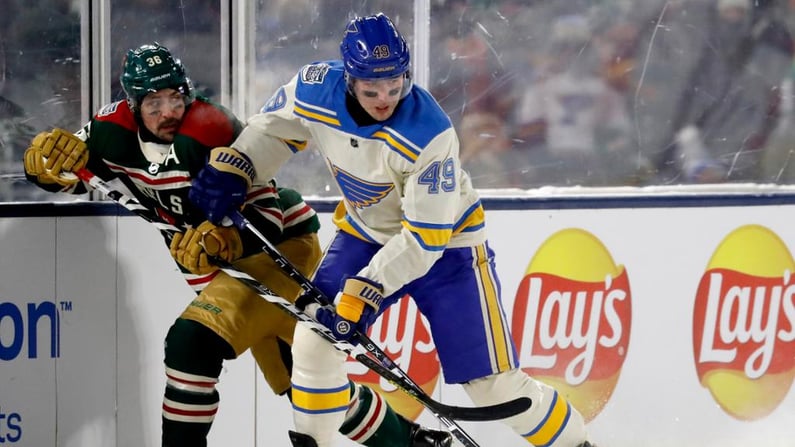 STADIUM SPORTS GRAPHICS FOR THE NHL

In preparation for the game, A3 Visual produced a wide variety of graphics and banners that made fans feel immersed in NHL culture. With much of the Winter Classic paying tribute to the origins of the sport, the rink itself is designed to feel like the days of pond skating and games played on frozen lakes.

Barrier walls and dividers were designed to look like lumber and were then wrapped in promotional 2022 Winter Classic branding. These high-visibility placements also featured prominent sponsors like Discover and many others.

Along the entire perimeter of the rink were other key sponsors and team partners, including Clorox, Geico, SAP, Verizon, Adidas, and more. Especially for those graphics that were placed directly inside the rink, it was important that they could withstand the direct contact that comes with the sport of hockey. With players and pucks crashing directly into or against the vinyl graphics, the materials needed to be extremely durable and installed securely against the dasher boards.

We also produced seat covers that were installed just off the ice, featuring the St. Louis Blues and Minnesota Wild colors, logos, and branding. The edges of the rink were also covered in colorful and thematic patterns that celebrated both teams playing for the title.

Higher up in the stadium, we installed a series of large window graphics that showcased several of the 2022 Winter Classic’s main slogans including “It’s a Beautiful Day for Hockey” and “This is Twins and Wild Territory.” Our team also produced various team flags and banners that were secured to the very top of the arena, alternating between St. Louis Blues and Minnesota Wild colors. 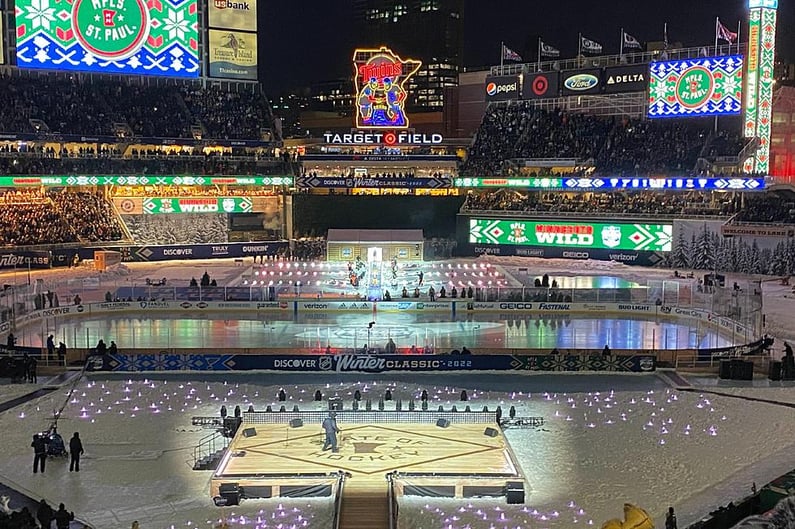 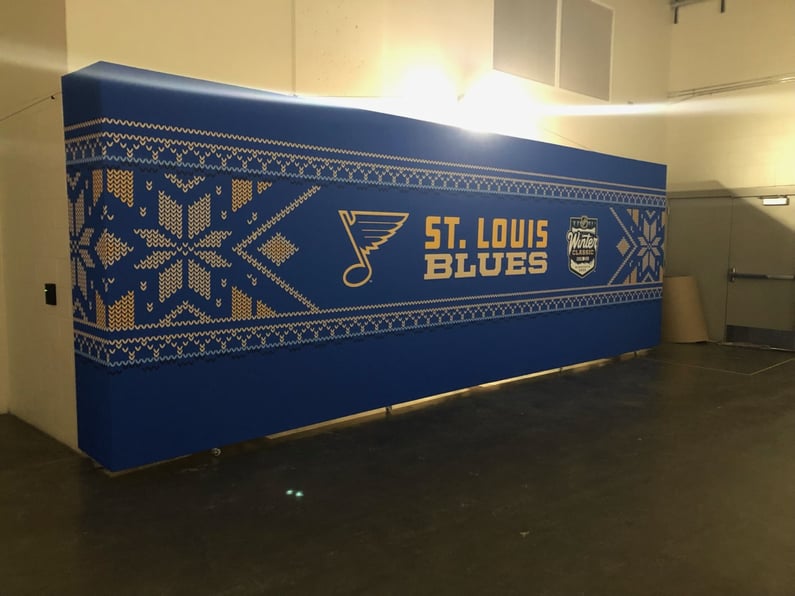 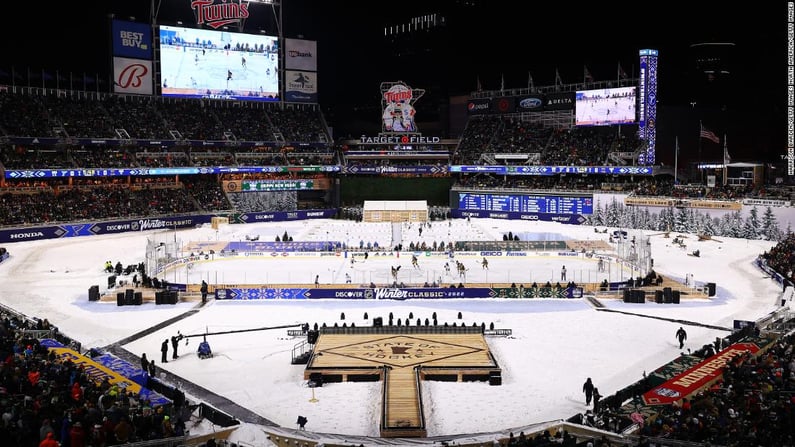 OUTDOOR STADIUM INSTALLATIONS BY A3 VISUAL

Installing graphics and sports banners in outdoor stadiums can be a difficult task—especially when under extreme weather conditions—but A3 Visual has the experience and expertise to get the job done right. Our team will work with you to ensure that your graphics and banners are installed correctly and look great for the big game. Contact us today to learn more about our services and preview our past work from the 2020 NHL Winter Classic and the 2021 NHL Outdoor Games in Lake Tahoe. 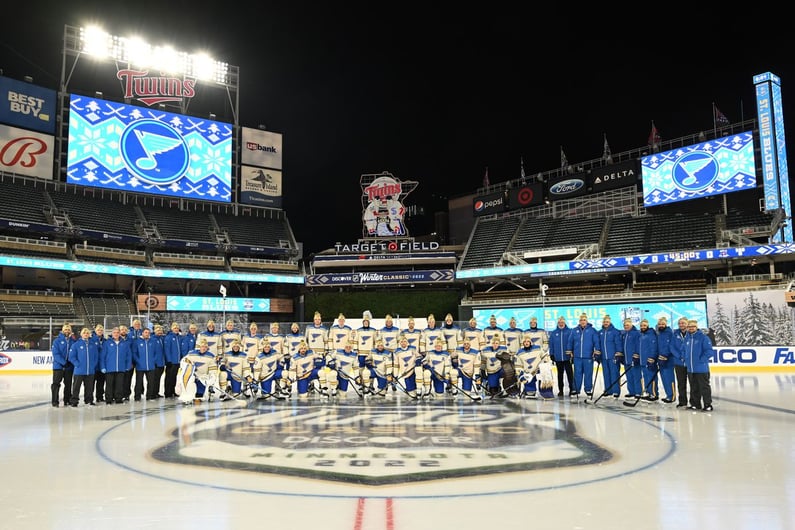 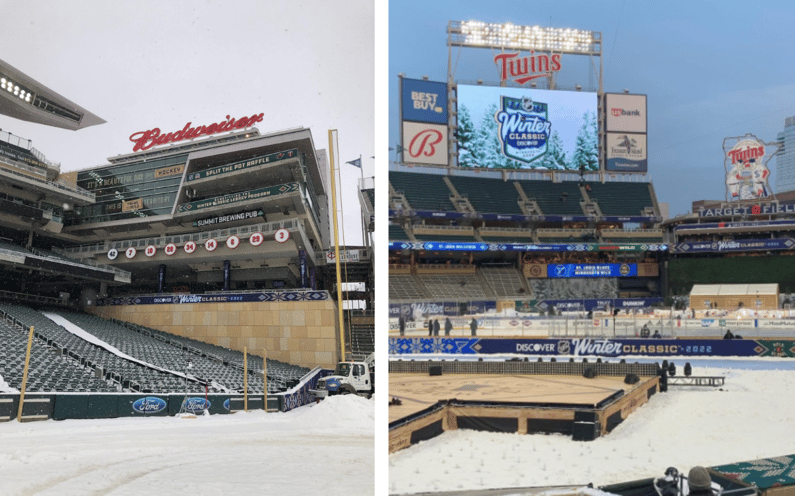 2022 Rose Bowl Parade and Game Day Activations by A3 Visual

Hosted each year in Pasadena, California, the annual Rose Bowl Game and Tournament of Roses Parade are two of today's most ...
Start Reading
A3 Visual July 25, 2022 3 min read

MLB All-Star Activations by A3 Visual

Major League Baseball has made its way back to Los Angeles. More than 40 years since the Dodgers last hosted the MLB All-Star ...
Start Reading
A3 Visual August 30, 2022 2 min read