The Matrix Resurrections US Premiere

Nearly two decades after the 2003 release of The Matrix Revolutions, the mega-box office franchise has just premiered its latest film, The Matrix Resurrections.

The new movie is the fourth installment of The Matrix series and welcomes back fan-favorite cast members including Keanu Reeves and Carrie-Anne Moss, as well as new characters played by Jonathon Groff, Neil Patrick Harris, Yahya Abdul-Mateen II, Jessica Henwick, and Christina Ricci.

To celebrate the December 18th premiere, San Francisco was bathed in a sea of green. From projected lights and graphics to custom carpets and more, the iconic shade has become synonymous with the franchise.

Take a closer look at some of our favorite activation highlights below.

YEARS LATER, THE MATRIX IS BACK

Warner Bros’ initial announcement of the fourth film was met with substantial excitement from The Matrix fans across the world. Top secret production began in San Francisco back in 2020—right before the pandemic’s lockdown orders began.

Early impressions from viewers call the film nostalgic but in “new and exciting” ways. With the original movie making its debut in 1999, the new story is said to focus on a few core elements while also celebrating what made the original so incredible.

The US premiere was highly anticipated by many, and our team at A3 Visual worked closely with Warner Bros to produce an event that would captivate fans around the world. 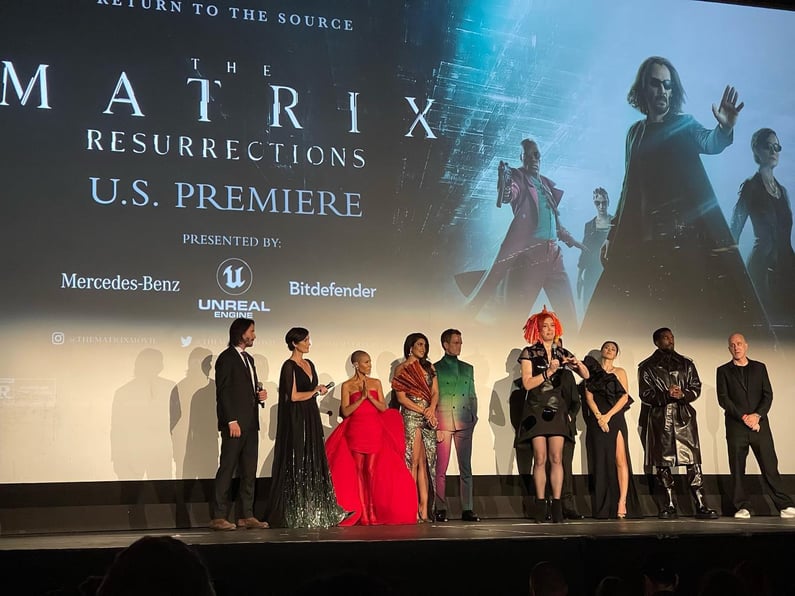 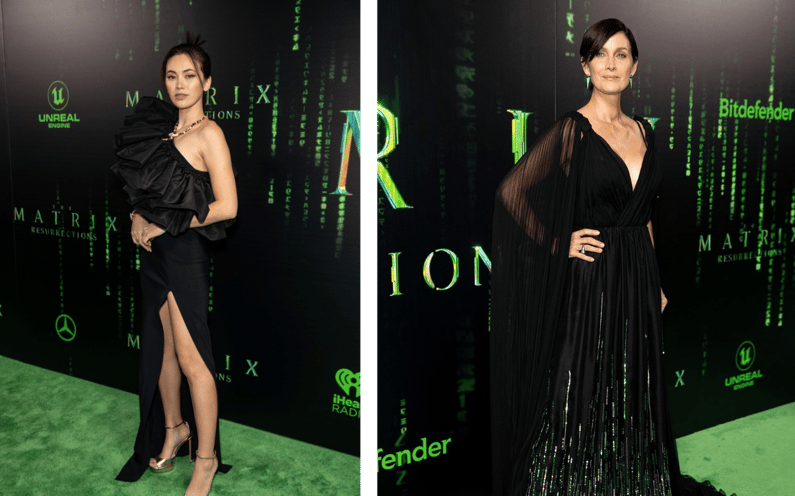 With many clips from the new movie shot in San Francisco, the city was the perfect destination for the national rollout. “It’s my dream to have Matrix and other Hollywood films come to San Francisco [to] film,” said the city’s Mayor London Breed. She also says that it is these kinds of projects that help make San Francisco so special and unique.

The event was hosted at San Francisco’s iconic Castro Theatre and featured a massive exterior projection that turned the entire venue green. There were also a number of freestanding “divider” walls and graphics surrounding the red carpet—which was also, in fact, green. 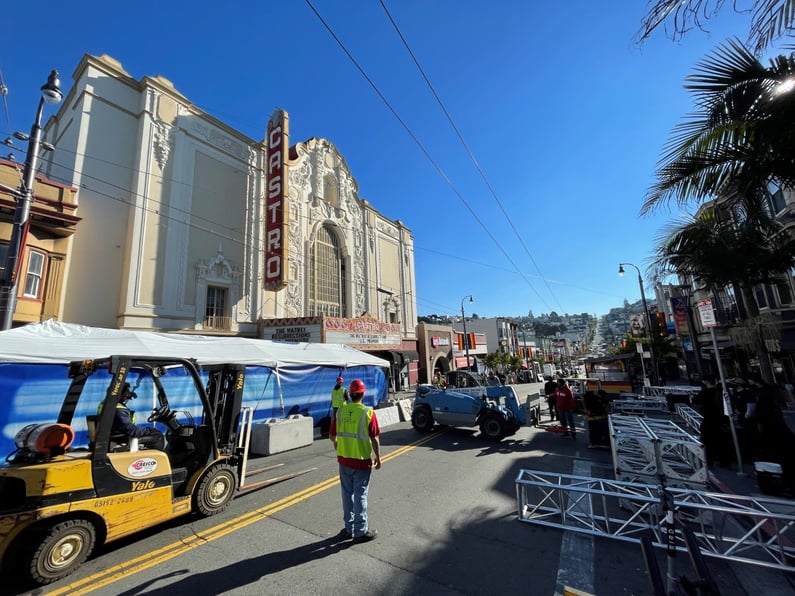 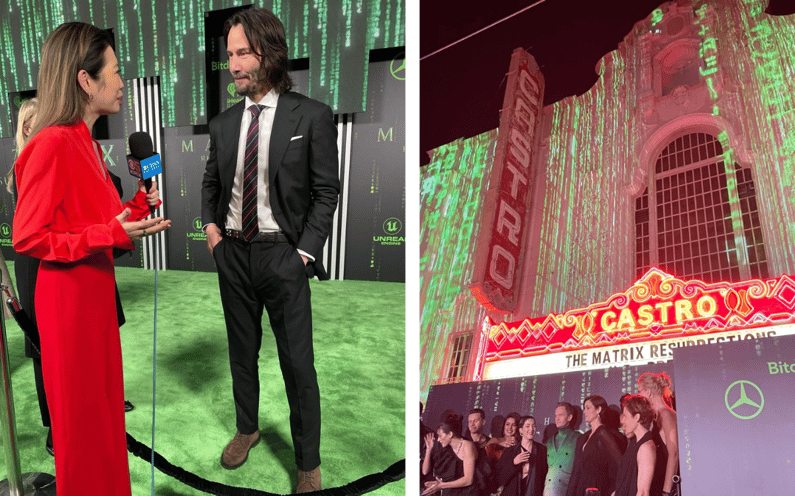 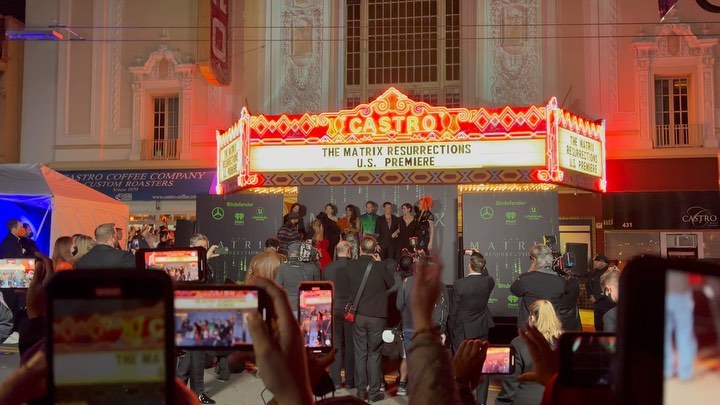 AWE-INSPIRING ACTIVATIONS BY A3 VISUAL

In order to orchestrate a truly jaw-dropping activation for the film’s premiere, our team used the power of three 35.000 lumens Panasonic projectors running from a Modulo-Pi Kinetic media server. In total, the activation covered over 6 million pixels across one of the city’s most iconic buildings.

The installation itself took a day to prepare, including audio and visual testing as well as electrical setup and more. All visual assets and creative materials were provided by the Warner Bros team.

We provided a wide range of hardware and print materials for the event, including the red and blue “pill” entrance dividers. Using high-pigment dye-sublimation techniques, all SEG frame graphics were printed using a proprietary backlit fabric that helped the installation look vibrant all night long.

With the activation garnering international media attention as movie enthusiasts celebrated the franchise’s fourth film, our projection mapping technology and dynamic installation highlights have reached millions of viewers across the globe.

To learn more about our projection mapping technology and view examples of our work, visit https://a3visual.com/portfolio/. 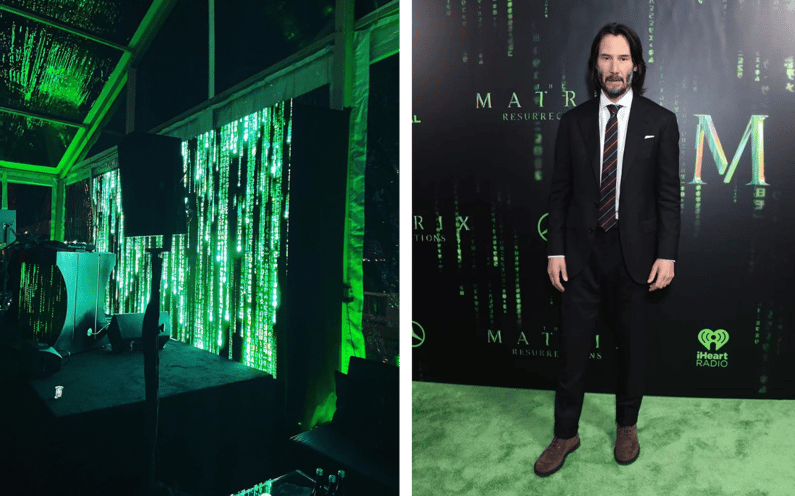 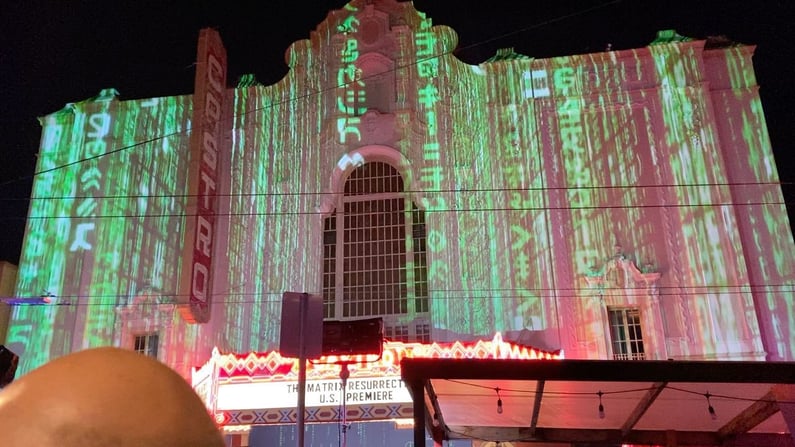 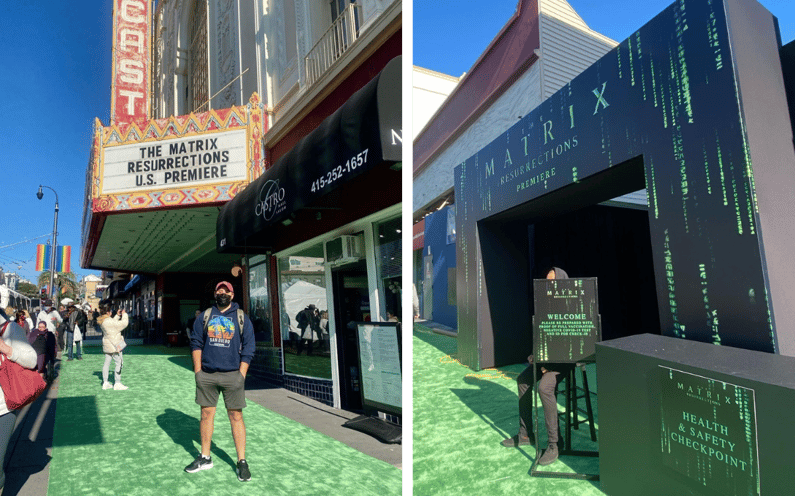 Print Graphics for the Academy Awards

It’s officially awards show season, which means our team at A3 Visual has had a busy past few weeks preparing for the ...
Start Reading
A3 Visual March 23, 2022 2 min read

Independent filmmaking has always been a celebrated part of the entertainment industry—especially in Southern California. And ...
Start Reading
A3 Visual December 8, 2020 1 min read

As more and more fans have been watching live events from home, leagues and sports franchises across the country have been ...
Start Reading