The holidays are right around the corner, and shoppers are gearing up for what’s expected to be a record-breaking season for retail. Early data and market trends are already starting to show that in-person deals and promotions are creating an uptick in sales for brick and mortar locations. Now more than ever, brands and businesses need to be prepared for the holiday rush.

With large numbers of in-person shoppers returning to malls and retail centers for early-bird Black Friday discounts and savings, it’s no surprise that other brands are wanting a piece of the action. Temporary popup experiences and branded activations are starting to take shape ahead of schedule in order to capitalize on the influx of seasonal foot traffic.

From smaller boutique brands to massive media companies, the possibilities are endless when it comes to hosting an exclusive popup experience. Here’s a closer look at our recent work with Glow to promote Nickelodeon’s new Star Trek Prodigy series.

Originally announced in August of 2020, Nickelodeon’s Star Trek series officially premiered on Paramount+ earlier this fall. Based on the original Star Trek franchise, the animated sci-fi comedy has been well received by fans and viewers who have tuned in for the first 20-episode season. In order to generate awareness and buzz for the new series, Nickelodeon has produced a number of experiential activations and marketing campaigns to capitalize on the season release. These experiences have been an effective way to engage existing fans while also attracting new viewers who may not be familiar with the Star Trek series.

HOW NICKELODEON IS TAKING ADVANTAGE OF UNDERUTILIZED SQUARE FOOTAGE

With significant amounts of available square footage being underutilized in shopping malls all across the country, Nickelodeon’s popup experience is a great example of how brands are taking advantage of existing physical spaces—but in new and unique ways.

This activation was designed to sit front-and-center and capture the largest audience possible. Located in the Westfield Century City’s highly trafficked lower level Atrium, this 32ft square by 12ft high structure is striking and impossible to miss. Shoppers making their way across the mall can quickly stop in for a few minutes to engage with the branded event and try their skills at commanding the U.S.S. Protostar!

Inside the popup, guests were greeted with an AR photo op and interactive game activation. Our team produced a combination of mesh vinyl, rigid PVC signs, and vinyl floor graphics to create a truly immersive experience that helped fans feel transported beyond the confines of the mall and instead into the world of Star Trek.

From growing startups to larger brands, popups offer one major advantage: flexibility. Especially for businesses that are looking for temporary or short-term activations, these events offer a wide range of benefits compared to a more formal (and long-term) commercial lease.

With typically high turnover, popups also provide consistently fresh appeal for storegoers—and a predictable flow of foot traffic for shopping malls and other retail centers. Customers remain incentivized to return to the property as each new vendor sets up shop. These experiences also typically offer a service or product that cannot be purchased online, which helps drive in-person shopping.

Beyond just the popup organizer, other retailers in the mall also benefit from the added foot traffic generated by these temporary activations.

A3 VISUAL: YOUR EXPERTS FOR IMMERSIVE ACTIVATIONS

As businesses start to formalize plans for Q1 marketing activations, it’s important to consider how experiential events will play a role in strategies going forward. Immersive activations like Nickelodeon’s Star Trek popup are a great example of how to engage fans and customers in the physical world, while also creating lasting memories and building trust through brand recognition.

Interested in learning more about how we can work together to bring your next activation to life? Request a free quote today at a3visual.com. 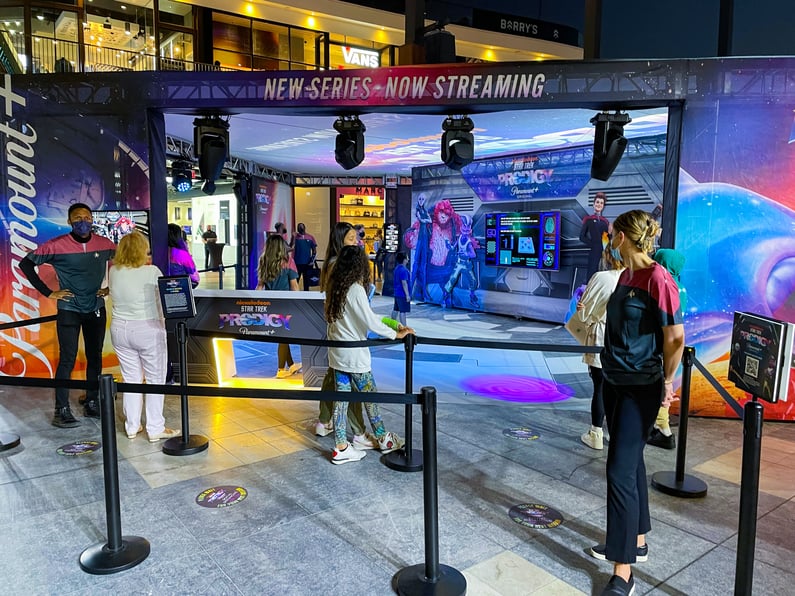 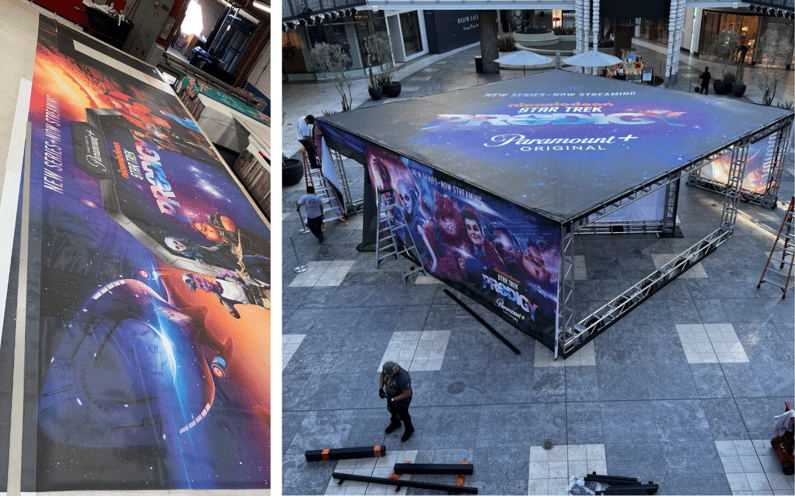 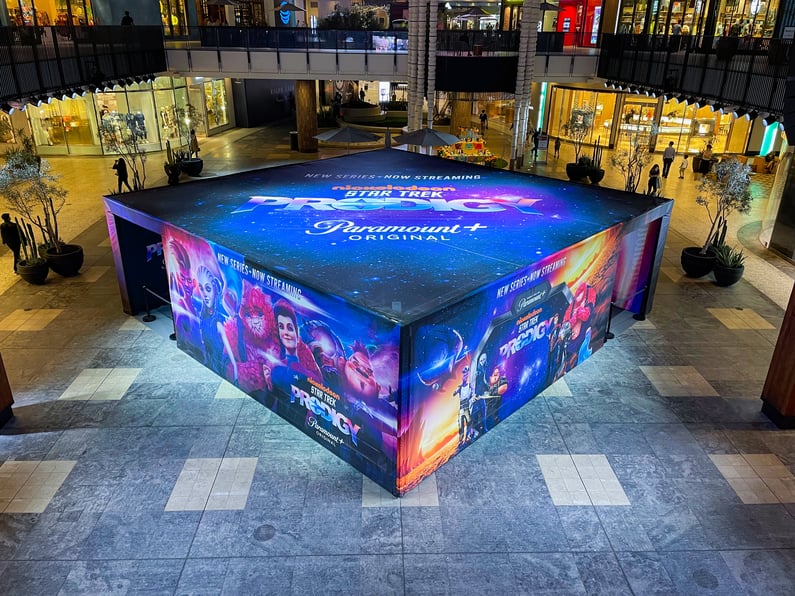 Businesses all across the country are searching for ways to safely welcome back customers and guests. From mandatory face masks ...
Start Reading
A3 Visual March 29, 2021 2 min read

From coast to coast, we’ve had the honor of working with some of today’s most notable museums, art galleries, and performing ...
Start Reading